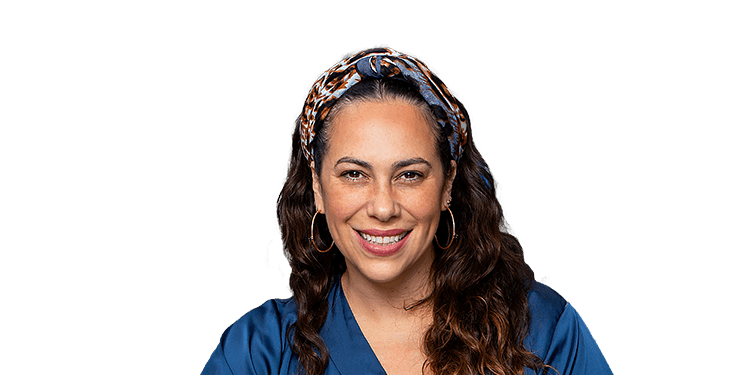 As President and CEO of The Fellowship, Yael Eckstein oversees all ministry programs and serves as the international spokesperson. Prior to assuming her present role, Yael served as Global Executive Vice President, Senior Vice President, and Director of Program Development and Ministry Outreach. With over a decade of non-profit experience in multiple roles, Yael has the rare distinction of being a woman leading one of the world’s largest religious charitable organizations.

Yael is a published writer and a respected social services professional. She has contributed to The Jerusalem Post, The Times of Israel, Townhall.com, and other publications, and is the author of three books: Holy Land Reflections: A Collection of Inspirational Insights from Israel, Spiritual Cooking with Yael, and Generation to Generation: Passing on a Legacy of Faith to Our Children.

Her thoughts on the Jewish faith and Jewish-Christian relations can be heard on The Fellowship’s radio ministry programs, including Holy Land Moments and Israel Today, which are broadcast on nearly 1,000 radio stations around the world. In 2021, she launched her weekly podcast, Nourish Your Biblical Roots, in which she shares spiritual insights and lessons from the Torah. And each month, Yael invites leading Christian and Jewish thought leaders to her podcast to discuss Jewish-Christian relations and Israel’s significance on the world stage on Conversations with Yael.

Yael has partnered with other global organizations, appeared on national television, and visited with U.S. and world leaders on issues of shared concern. She has been a featured guest on CBN’s The 700 Club with Gordon Robertson, and in 2015 served on a Religious Liberty Panel in Washington, D.C. The same year, Yael’s influence as one of the young leaders in Israel was featured as the cover story of Nashim [Women] magazine. In 2019, The Algemeiner named Yael to the Jewish 100, citing the positive influence she has made to Jewish life, and referring to her as “the world’s leading Jewish interfaith activist.” In 2020 and 2021, she was named to the Jerusalem Post’s list of 50 Most Influential Jews. And in 2022, she made the list of “50 of our favorite Jewish women right now” by Future of Jewish.

Born just outside of Chicago in Evanston, Illinois, Yael was well-educated at both American and Israeli institutions, including biblical studies at Torat Chesed Seminary in Israel, Jewish and sociology studies at Queens College in New York, and additional study at Hebrew University in Jerusalem. She is based in Israel with her husband and their four children.